In the Ballarat Library we have a collection of Charles Edwin Woodrow Bean’s (C.E.W. Bean) Official History of Australia in the War of 1914- 1918. This collection is comprised of 12 volumes with Bean having written Volumes 1 – 6 himself, as he was a journalist, war correspondent and historian. He was able to write these as a correspondent for the Australian Imperial Force (AIF) at Gallipoli, France and Belgium.

Bean was appointed as the official war correspondent with the AIF Troops in September of 1914. He was given the rank of Captain in the AIF and was able to follow the Australian infantry campaigns for the war. Bean landed with other troops at Anzac Cove at 10am on 25 April 1915 and remained on the peninsula for most of the campaign. When the AIF moved to Europe, Bean followed and would survive the war.
Bean’s volumes were published between 1920 and 1942 and can be found in the Ballarat Library Non-Fiction Area to be loaned out. The Australian War Memorial website also has digital copies that can be downloaded as PDF versions.
https://www.awm.gov.au/histories/first_world_war/ 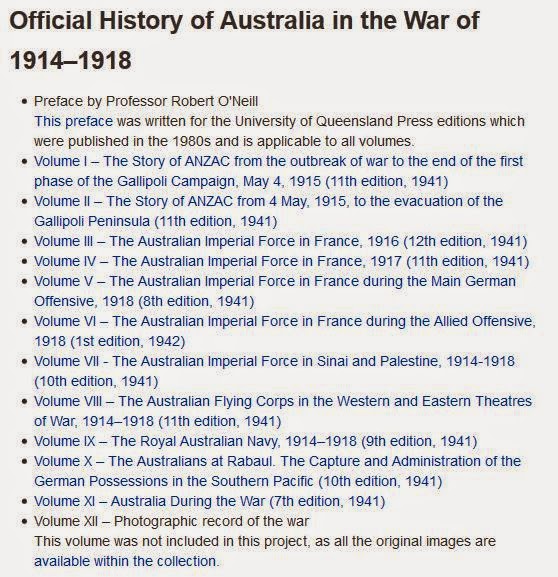 
By coincidence, Radio National's Saturday Extra program this morning featured Ross Coulthart, investigative reporter with Channel 7, discussing Charles Bean and his legacy.  This link will lead you to the episode page, where you will find links to listen to or download the segment.
Posted by Ballarat Library at 2:26 pm