Those who have watched the recently completed mini-series on ABC TV the ANZAC Girls may be interested to know that one of the nurses portrayed in the series has a connection to Ballarat.

Alice Ross-King was born in Ballarat on August 5 1891 to Archibald Ross King, a storekeeper and his wife Henrietta (nee Ward).  Alice and her family moved to Perth when she was quite young but a terrible accident on the Swan River resulted in the drowning deaths of her father and two brothers.   Soon after this Alice and her mother returned to Victoria and settled in Melbourne.

Alice had a distinguished nursing career during World War 1: she was a recipient of the Military Medal for bravery, only one of seven nurses of the Australian Nursing Service during the war to receive this award. 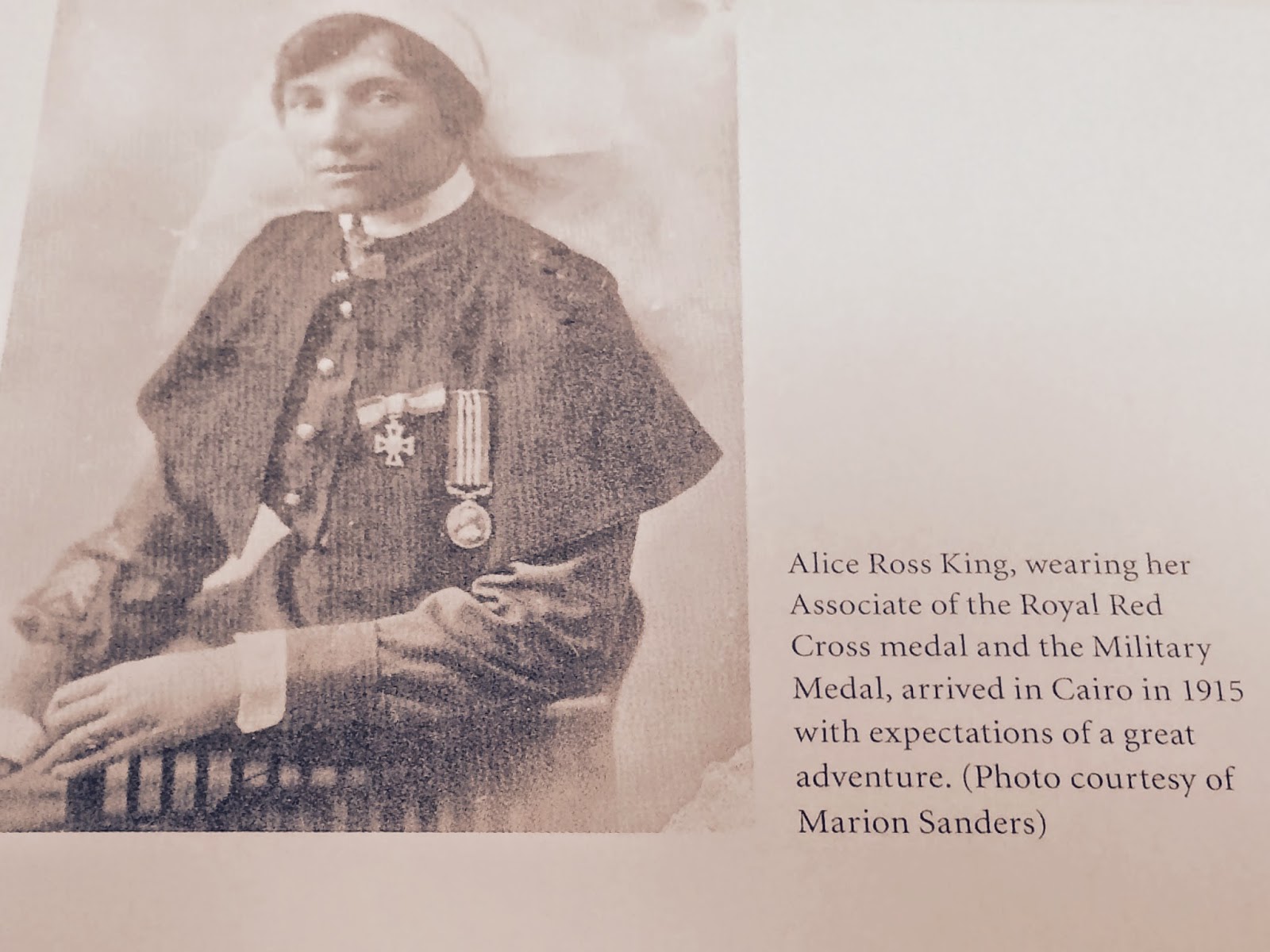 She married Sydney Appleford, who Alice met on the ship returning to Australia, on the 29th August 1919.  They settled in Lang Lang in South Gippsland where Sydney, a medical doctor, continued to practice medicine ably supported by Alice.  Alice died on 17 August 1968, survived by her four children.

(Photo taken from ANZAC Girls by Peter Rees. Photo provided to the book by Marion Sanders)
Posted by Ballarat Library at 4:32 pm