It was Australia's worst year of the war.  At the end of 1917 victory seemed along way off. It was a year that saw 76,000 Australians, killed, wounded and go missing on the Western Front. To put this into perspective this was twice the number of casualties that were recorded on the Western Front the previous year, 1916, and three times the casualties which occurred during Gallipoli. The 40,000 deaths which occurred in 1917 amounted to two thirds of all Australian deaths for the entire war.  Not only was the scale of the casualties horrific but the allies strategic position in the war seemed worse then ever. For the families back home the sadness was compunded by the fact that many of their loved ones that were missing would never be found either as there bodies were cut to pieces by machine gun fire or they had drowned in the atrocious conditions that made up the battlefield in Belgium.

1917 was also the year which highlighted to the Australians the British command's ineffectiveness in conducting the strategic planning of the Allies war effort. This was strikenly eveident at Bullecourt and Passchendaele. The later becoming the word which described the sorrow and suffering of allied soldiers.  Charles Bean witnessed first hand many Australian soldiers being torn to pieces in 1917  and he wrote of one instance following the Battle of Bullecourt, "Bullecourt more than any other battle shook the confidence of Australian soldiers in the capacity of the British command"

In looking at the year the Middle East must not be overlooked especially the charge at Beersheba, in which The 4th Australian Light Horse  conducted a charge upon the city.  The opposition they faced was fierce but ended with the capture of the city. They suffered 67 casualties and earned a place in Australian military folklore.

From amongst all the terrible losses the AIF suffered in 1917  they still believed in their worth as soldiers. Again as Charles Bean wrote " where ever they fought they were sustained by the belief in their worth"   As dire as the situation seemed on the Western Front at the end of 1917 by November  the followimg year the war would be over.

In conclusion Dr. Brendan Nelson, Director of the Australian War Memorial, puts it best we he writes " much that was precious was given in 1917. But from it and what would follow we would emerge with a greater belief in ourselves and a deeper understanding of what it means to be Australian,"

When people think of the Western Front during the war the following images represent their thinking. Theu were taken in late 1917 and are Australian soldiers at Chateat Wood which clearly show the awful conditions they were asked to fight in. 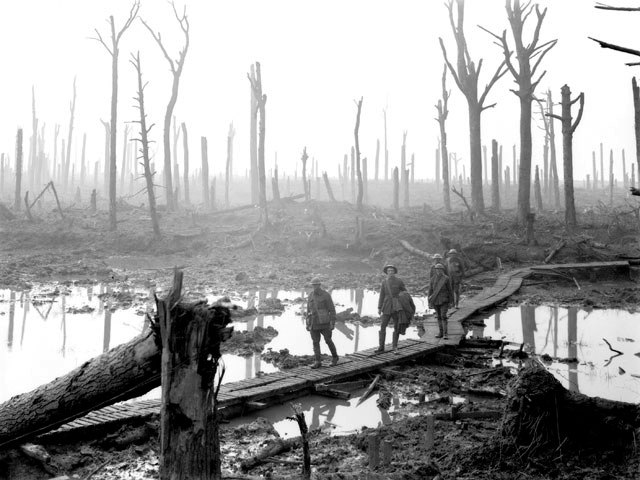 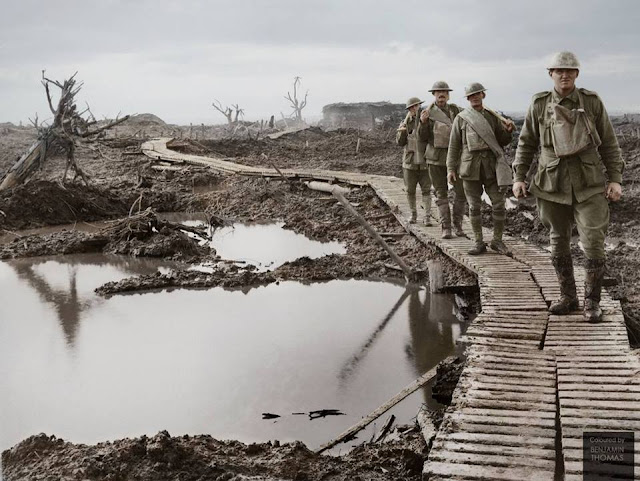 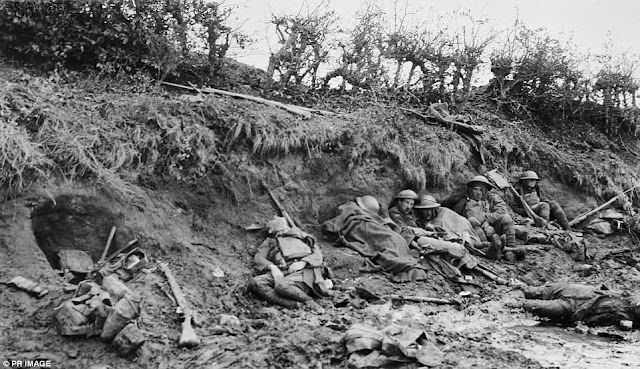 Posted by Ballarat Library at 10:50 am